“There’s two ways of looking at it. Billy just wants the models and limousines, and I’m happy with hookers and taxi cabs.” – Joe Dick

The producing team for Hard Core Logo brings together two of Western Canada’s leading producers of new Canadian work with one of the most exciting and successful young companies to emerge in the last decade. November Theatre produces and creates innovative works in a heightened performance style, both from the world canon and original works that integrate diverse elements. Edmonton-based Theatre Network animates The Roxy Theatre with a season of cutting-edge work and produces nextfest, a multidisciplinary arts festival dedicated to emerging artists, on an annual basis. Touchstone Theatre is a mainstay of theatrical innovation and excellence on the West Coast and is currently celebrating its 35th Anniversary season.

Developed by November Theatre, Theatre Network and Touchstone Theatre, with the assistance of Rumble Productions and The Shadbolt Centre for the Arts, and through a Performing Arts Residency at The Banff Centre.

Hard Core Logo was one of Canada’s most notorious and influential punk bands - until they fell apart on the night of their career-making deal. Years later, during the mid-90s punk revival, lead singer Joe Dick - living somewhere between East Hastings and a dream - decides it’s time to unite the band for a last-gasp reunion tour across Western Canada. It’s the story we know, the book we love, the movie that affected us all. Now, for the first time, we’re taken on a theatrical journey into the world of Vancouver punk rock in the stage adaptation of the Canadian cult classic.

Cover article of the Georgia Straight

"Although staging a punk rock show for a seated theatre audience may run contrary to the notion of punk, Hard Core Logo: LIVE breaks through its restraints and is just as rocking as the real thing."
-See Magazine 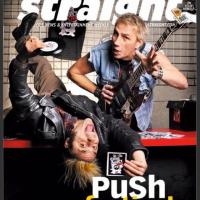 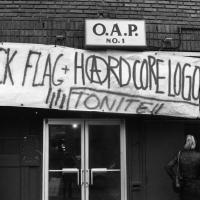